'Self is the most daring and delightful novelist of his generation' Guardian ________________________________ Will's mother's hokey homily, Waste not, want not... hisses in his ears as he oscillates furiously on the spot, havering on the threshold between the bedroom and the dying one... all the while cradling the plastic leech of the syringe in the crook of his arm. Oscillating furiously, and, as he'd presses the plunger home a touch more... and more, he hears it again and again: Waaaste nooot, waaant nooot..! whooshing into and out of him, while the blackness wells up at the periphery of his vision, and his hackneyed heart begins to beat out weirdly arrhythmic drum fills - even hitting the occasional rim-shot on his resonating rib cage. He waits, paralysed, acutely conscious, that were he simply to press his thumb right home, it'll be a cartoonish death: That's all folks! as the aperture screws shut forever. 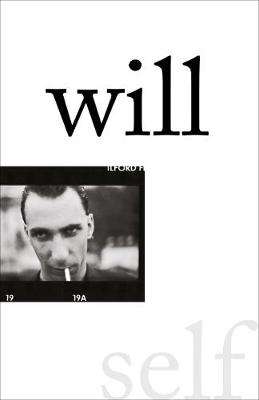 Paperback
Will also appears in these Categories:

17% off
Beyond the Tape: The Life and Many Deaths of a State Pathologist
Marie Cassidy
€15.99

17% off
The Running Book: A Journey through Memory, Landscape and History
John Connell
€13.99

A Nurse's Story: My Life in A&E During the Covid Crisis
Louise Curtis
€10.85

Diary of an MP's Wife: Inside and Outside Power
Sasha Swire
€18.05

Collateral Damage: Britain, America and Europe in the Age of Trump
Kim Darroch
€18.05

17% off
Tomorrow Will Be A Good Day: My Autobiography
Captain Tom Moore
€20.00