When She Was Good

He thinks the truth will set her free. She knows it will kill them. A heart-stopping psychological thriller from the Number One bestselling author of THE SECRETS SHE KEEPS and THE OTHER WIFE __________ She has secrets. Six years ago, Evie Cormac was found hiding in a secret room in the aftermath of a brutal murder. But nobody has ever discovered her real name or where she came from, because everybody who tries ends up dead. He needs answers. Forensic psychologist Cyrus Haven believes the truth will set Evie free. Ignoring her warnings, he begins to dig into her past, only to disturb a hornet's nest of corrupt and powerful people, who have been waiting to find Evie - the final witness to their crimes. Unbeknownst to him, Cyrus is leading them straight to Evie. The truth will not set her free. It will get them killed. From internationally bestselling, award-winning author Michael Robotham, this is the second explosive novel featuring the gifted criminal psychologist Cyrus Haven, introduced in GOOD GIRL, BAD GIRL. __________ Praise for Michael Robotham: 'He writes in a voice with a haunting sense of soul' Peter James 'Robotham is the real deal' David Baldacci 'One of crime's greatest practitioners . . . a ripper, suspenseful read' The Australian 'Robotham doesn't just make me scared for his characters, he makes my heart ache for them' Linwood Barclay 'Michael Robotham has done it again - another accomplished crime novel unlike anything he has ever written before' Sydney Morning Herald 'Excellent' Literary Review 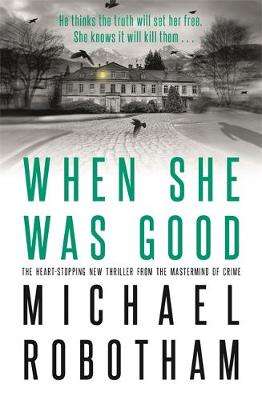 Trade Paperback
When She Was Good also appears in these Categories: