Venice: The Lion, the City and the Water

"His writing is lyrical and densely textured. He is a poet of time and memory" - COLIN THUBRON Nooteboom's love for Venice, this "absurd combination of power, money, genius and great art", has been ongoing for more than fifty years. The first visit was in 1964, in the company of a young woman. Then, in 1982, he arrived on the Orient Express. Only on his tenth visit did he take a gondola ride. And in 2018 a violent storm cut off the only road and rail connection between the city and the rest of the world, ensuring that he stayed on much longer than planned. He has dived deep into the labyrinth and discovered his own lagoon city between the alleys, locked gates and countless canals. He is surrounded by the dead, and pays homage to the painters and writers who lived and worked there, to the palaces, bridges, painting and sculpture that give the city a kind of immortality. With his ability to penetrate to the core of his destinations, the great Dutch author and traveller Cees Nooteboom (author of Roads to Santiago and Roads to Berlin) sheds new light on the city, its history and its treasures, producing in book form a radiant tribute to Venice - "La Serenissima". Translated from the Dutch by Laura Watkinson 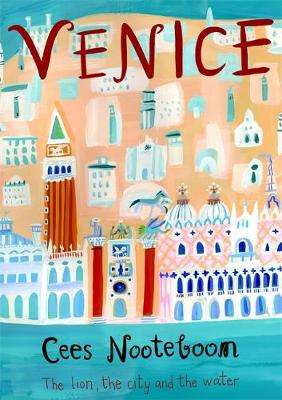 Hardback
Venice: The Lion, the City and the Water also appears in these Categories:

17% off
Unforgettable Journeys: Slow down and see the world
DK Eyewitness
€25.00

On the Plain of Snakes: A Mexican Road Trip
Paul Theroux
€13.25

Eat the Buddha: The Story of Modern Tibet Through the People of One Town
Barbara Demick
€22.90

The Gran Tour: Travels with my Elders
Ben Aitken
€18.05

The Rainbow Atlas: 500 of the World's Most Colourful Places
Taylor Fuller
€24.10

My Midsummer Morning: Rediscovering a Life of Adventure
Alastair Humphreys
€12.05