Unbelievers: An Emotional History of Doubt

If Nietzsche announced God is dead, Alec Ryrie charts in this book the time of death, who killed him, and what kind of murder weapon was used. Why have Western societies that were once overwhelmingly Christian become so secular? In Unbelievers, the award-winning author of Protestants reminds us that atheism did not appear out of thin air. It has its own history. Unbelievers looks back to the middle ages when it seemed impossible not to subscribe to Christianity, through the crisis of the Reformation and to the powerful, challenging cultural currents of the centuries. The religious journey of the Western world was lived and steered not just by the celebrated thinkers of the day - the Machiavellis and Michel de Montaignes - but by men and women at every level of society, whose voices and feelings permeate this book in the form of diaries, letters and court records. Ryrie traces the roots of atheism born of anger and doubt born of anxiety, arguing that faith waxes and wanes with these emotional responses to the times, rather than any intellectual revolution. To understand how something as intuitive as belief is shaped over time, we must look to an emotional history - one with potent lessons for our still angry and anxious age. 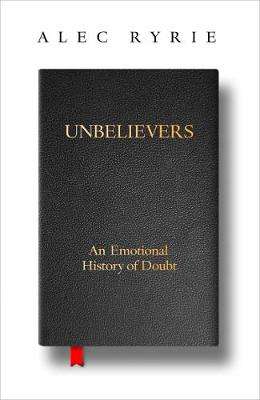 2.5% offTrade Paperback
Unbelievers: An Emotional History of Doubt also appears in these Categories:

9.5% off
The Sound of the Shuttle: Essays on Cultural Belonging & Protestantism in Northe
Gerald Dawe
€18.95

3% off
In the Closet of the Vatican: Power, Homosexuality, Hypocrisy
Frederic Martel
€17.99