Almost daily all over the world, accounts of UFO sightings, close encounters with ufonauts and even claims of alien abduction are reported. But far from being a recent phenomenon, research shows that inexplicable objects had been seen in Earth's skies for thousands of years. Yet controversy still rages over UFOs. Many people refuse to believe that UFO reports are anything more than hoaxes, hallucinations or merely the results of human error. And until now an objective, historical single volume catalogue of UFO sightings has not previously been available to the general public. Now, at last, readers can make up their own minds about the true nature of the UFO phenomenon. UFO Witness Sightings describes hundreds of UFO reports in chronological order from ancient Egypt to the present day. All the landmark cases are included, such as the 1961 Betty and Barney abduction claim and the Trindade Island photographs. Illustrated with more than 350 colour and black-and-white photographs and artworks, UFO Witness Sightings is written by a UFO expert and will appeal to anyone interested in the world of the unexplained. 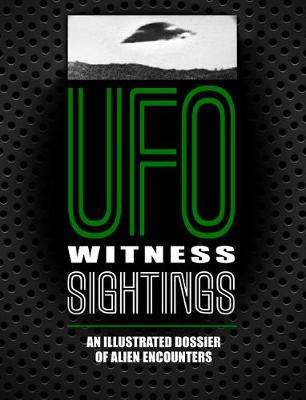 Look Up: Our story with the stars
Sarah Cruddas
€15.65

The Biological Universe: Life in the Milky Way and Beyond
Wallace Arthur
€24.10

Everything You Ever Wanted to Know About the Universe
Andrew Newsam
€14.45

Meteorite: The Stones From Outer Space That Made Our World
Tim Gregory
€18.05

Chasing the Moon: How America Beat Russia in the Space Race
Robert Stone
€12.05

The Secret Lives of Planets: A User's Guide to the Solar System
Paul Murdin
€13.75

The Moon: A History for the Future
Oliver Morton
€12.05

How the World Works: The Universe
Arcturus
€12.05

Moonpower: How to Work with the Phases of the Moon and Plan Your Timing for Ever
Jane Struthers
€17.85

A SMALL ILLUSTRATED GUIDE TO THE UNIVERSE
Ella Frances Sanders
€15.45