Shortlisted for International IMPAC Dublin Literary Award for 2009 and featured on the Tubridy Bookclub October 2008.

At a cafe table in Lahore, a Pakistani man converses with a stranger. As dusk deepens to dark, he begins the tale that has brought him to this fateful meeting...Among the brightest and best of his graduating class at Princeton, Changez is snapped up by an elite firm and thrives on New York and the intensity of his work. And his infatuation with fragile Erica promises entree into Manhattan society on the exalted footing his own family once held back in Lahore.

For a time, it seems as though nothing will stand in the way of Changez's meteoric rise to personal and professional success: the fulfillment of the immigrant's dream. But in the wake of September 11, he finds his position in the city he loves suddenly overturned, and his budding relationship with Erica eclipsed by the reawakened ghosts of her past. And Changez's own identity is in seismic shift as well, unearthing allegiances more fundamental than money, power, and perhaps even love. 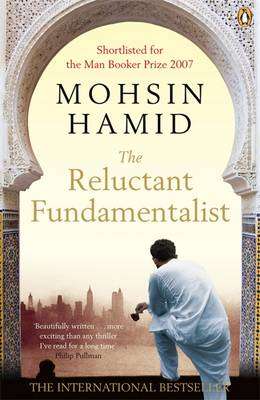 Paperback
The Reluctant Fundamentalist also appears in these Categories:

The Playboy of the Western World and Other Plays
J. M. Synge
€9.65

Heart of Darkness and Other Tales
Joseph Conrad
€7.20