The New Negro: The Life of Alain Locke

Winner of the Pulitzer Prize for Biography for 2019.

A tiny, fastidiously dressed man emerged from Black Philadelphia around the turn of the twentieth century to mentor a generation of young artists like Langston Hughes, Zora Neale Hurston, and Jacob Lawrence and call them the New Negro-the gender ambiguous, transformative, artistic African Americans whose art would subjectivize Black people and embolden greatness. Alain Locke (1885-1954) believed Black Americans were sleeping giant that could transform America into a truly humanistic and pluralistic society. In the 1920s, these views were radical, but by announcing a New Negro in art, literature, music, dance, theatre, Locke shifted the discussion of race from the problem-centered discourses of politics and economics to the new creative industries of American modernism. Although this Europhile detested jazz, he used the Jazz Age interest in Black aesthetics to plant the notion in American minds that Black people were America's quintessential artists and Black urban communities were crucibles of creativity where a different life was possible in America. By promoting art, a Black dandy subjectivized Black people and became in the process a New Negro himself. 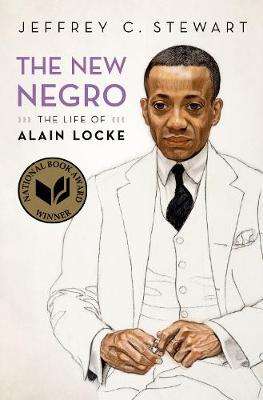 Hardback
The New Negro: The Life of Alain Locke also appears in these Categories:

The Shapeless Unease: A Year of Not Sleeping
Samantha Harvey
€16.05

Eliza Hamilton: The Extraordinary Life and Times of the Wife of Alexander Hamilt
Tilar J. Mazzeo
€13.55