The Narrow Road To The Deep North

Winner of the Man Booker Prize for 2014 and shortlisted for the IMPAC International Dublin Literary Award for 2015.This book was the winner of the Man Booker Prize 2014. Forever after, there were for them only two sorts of men: the men who were on the Line, and the rest of humanity, who were not. In the despair of a Japanese Pow camp on the Burma Death Railway, surgeon Dorrigo Evans is haunted by his love affair with his uncle's young wife two years earlier. Struggling to save the men under his command from starvation, from cholera, from beatings, he receives a letter that will change his life forever. Hailed as a masterpiece, Richard Flanagan's epic novel tells the unforgettable story of one man's reckoning with the truth. 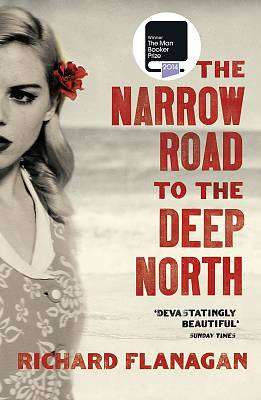 Paperback
The Narrow Road To The Deep North also appears in these Categories:

Island on the Edge of the World
Deborah Rodriguez
€9.99