A sweeping, ambitious novel about three generations of a privileged American family, and the secrets that bind them.

The Miltons are a powerful old New York family - the kind of family that used to run the world. And in 1935, they still do. Kitty and Ogden Milton seem to have it all: an elegant apartment on the Upper East Side, two beautiful little boys, a love everyone envies. When a tragedy befalls them, Ogden comforts Kitty the only way he knows how - they go sailing, picnic on a small island off the coast of Maine, and buy it.

For generations the Miltons of Crockett Island revel in a place that is entirely their own. But it's 1959, and the world is changing: Ogden's firm hire a Jewish man, Len Levy, who earns the admiration of not only his boss, but his boss's beautiful young daughter. When Len and his friend visit the island, the Milton's principles and prejudices are challenged like never before.

At the dawn of the 21st century, the family money has run dry, and the island is up for sale. Returning for one last visit, Kitty's granddaughter uncovers disturbing evidence about her family's wealth - and realizes she is on the verge of finally understanding the silences that seemed to hover just below the surface of her family all her life. 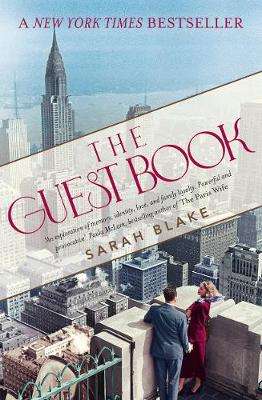 Trade Paperback
The Guest Book also appears in these Categories: