The Enigma of Arthur Griffith: `Father of Us All'

Almost a century after his untimely death in 1922, this book examines the man Michael Collins described as father of us all, and reclaims Griffith as the founder of both Sinn Fein and the Irish Free State. Griffiths role has often been misrepresented. Too radical for Fine Gael, he was not militant enough for opponents of the Anglo-Irish Treaty. Kenny argues that efforts to declare Griffith as un-Irish raise uncomfortable questions about Irish identity.

Griffith is also shown to have become a scapegoat for Irish anti-Semitism, which he rejected, and his courage in signing the Treaty to end the War of Independence, when Eamon de Valera refused to go to London, is highlighted. A dedicated nationalist and intellectual, as well as a skilled editor and balladeer, Griffith encouraged women to become involved in the struggle for national independence, and, unusually for his time, was able to distinguish between Oscar Wildes private life and his work. His complex relationships with W.B. Yeats and James Joyce are also revealed in significant new ways. 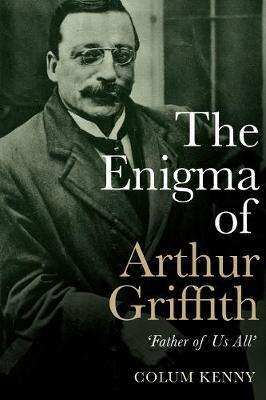 9% offPaperback
The Enigma of Arthur Griffith: `Father of Us All' also appears in these Categories:

The Weil Conjectures: On Maths and the Pursuit of the Unknown
Karen Olsson
€12.50

The Art of Her Deal: The Untold Story of Melania Trump
Mary Jordan

The Unwelcome Visitor: Depression and How I Survive It
Denise Welch
€21.25

7% off
Catching the worm: Towards ending river blindness, and reflections on my life
William C. Campbell
€24.99

Fey's War: The True Story of a Mother, her Missing Sons and the Plot to Kill Hit
Catherine Bailey
€11.25

Electronic Boy: My Life In and Out of Soft Cell: The Autobiography of Dave Ball
Dave Ball
€24.99