The Bear who went to War

In the dark days of war, a group of soldiers far from home come across an orphaned bear cub. They adopt him and hide him in their tents, feeding him with their rations - until he is too big to ignore! When they are told he cannot travel with them, they grant him an officer's commission. Private Wojtek finds himself helping to carry armaments at the fierce Battle of Monte Cassino. After the war, unable to return to their homeland, the band of soldiers arrive in Edinburgh, Scotland. Peter, Wojtek's substitute parent, has no idea where his own family, forced out of their home, can be. There is a happy ending, however, as Peter is reunited with his family in Scotland - and Wojtek finds a new home in Edinburgh zoo. A statue of Wojtek stands in Princes Street Gardens in Edinburgh in memory of the brave bear and his fellow soldiers. 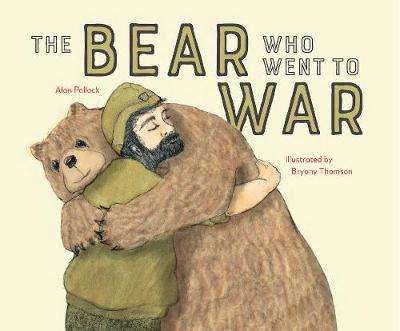 Paperback
The Bear who went to War also appears in these Categories:

The Thing in the Basement: A Bloomsbury Reader
Michaela Morgan
€7.40