The Arms Crisis of 1970: The Plot that Never Was

The arms crisis of 1970 came about when two Irish cabinet ministers, Charles Haughey and Neil Blaney, alongside an army officer and other figures, were accused by Taoiseach Jack Lynch of smuggling arms to the IRA in Northern Ireland. The criminal prosecution that followed, the Arms Trial, was a cause celebre at the time; while it resulted in the acquittal of all the accused, the political crisis it generated was one of the major events of late twentieth-century Irish history. In the fifty years since, myth and controversy has surrounded the trial and its aftermath. Was the country really on the brink of a bloody civil war involving North and South? Did the two Ministers sacked by Lynch help generate the bloody campaign of the Provisional IRA - or were they set up by the Taoiseach as fall guys for an arms plot that was unofficially authorized but always deniable by Lynch? Was there, as is often claimed, a kind of coup in preparation that Lynch's prompt action foiled? A great deal of astonishing new evidence has been uncovered by Michael Heney in his research for this book, raising serious questions about Lynch and his relationship with future Taoiseach Charles Haughey. The book also contains the first comprehensive investigation into how the arms trial prosecution was mounted, and how the jury came to their verdict of acquittal. Heney's meticulous scholarship challenges much of the conventional wisdom about these sensational events. The Arms Crisis of 1970 is a major contribution to our understanding of a pivotal moment in postwar Irish history. 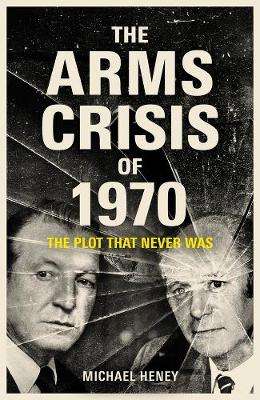 17% offPaperback
The Arms Crisis of 1970: The Plot that Never Was also appears in these Categories:

Where The Crawdads Sing
Delia Owens
€10.99

Putin's People: How the KGB Took Back Russia and then Turned On the West
Catherine Belton
€18.75