Sorcery of a Queen

Dragon-slayers don't expect to survive to retirement age, but Bershad has unexpectedly thrived. Yet this very notoriety may be his downfall. This is book two of this epic, adventurous fantasy trilogy. Change is coming - but will they survive the storm? After the revelations in Blood of an Exile, Bershad and his crew are poised on a knife-edge. And they can only hope they have the strength to face the dangers in store. While Bershad continues to hide a life-changing secret, Ashlyn must grapple with her newfound power - one which could have shattering consequences. But a storm is gathering on the horizon . . . A foreign emperor is raising an army, equipped with a terrifying assortment of new weaponry. He will stop at nothing to crush the kingdom and claim its prized dragons. And worst of all - he wants Bershad. Sorcery of a Queen by Brian Naslund is the second book in the Dragons of Terra trilogy. 'Part Game of Thrones, part super hero epic, Blood of an Exile is a cinematic fantasy whirlwind' - Sebastien de Castell 'Exciting, epic and wonderfully told, full of subtle humour and laugh laugh-out-loud lines' - Angus Watson on Blood of an Exile 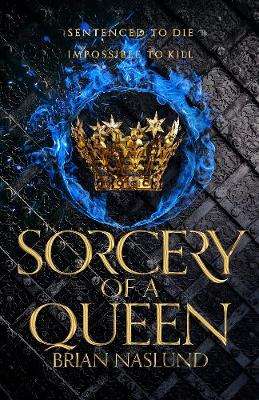 Trade Paperback
Sorcery of a Queen also appears in these Categories: