Pablo Escobar was the most notorious drug lord the world has ever seen. He became one of the ten richest men on the planet and controlled 80 per cent of the global cocaine trade before he was shot dead in 1993.

In 1965, a secret mission by Colombian Special Forces, led by an MI6 agent, to recover a cash hoard from a safe house used by a young Pablo Escobar culminates in a shoot-out leaving many dead. Escobar and several of his men escape. Only a baby survives, Roberto Sendoya Escobar.

In a bizarre twist of fate, the MI6 agent takes pity on the child, brings him home and later adopts him. Over the years, Pablo Escobar tries, repeatedly, to kidnap his son. The child, unaware of his true identity, is allowed regular meetings with Escobar and it becomes apparent that Roberto's adopted father and the British government are working covertly with the gangster in an attempt to control the money laundering and drug trades. Many years later in England, as Roberto's father lies dying in hospital, he hands his son a coded piece of paper which, he says, reveals the secret hiding place of Escobar's 'missing millions'. The code is published in this book for the first time. 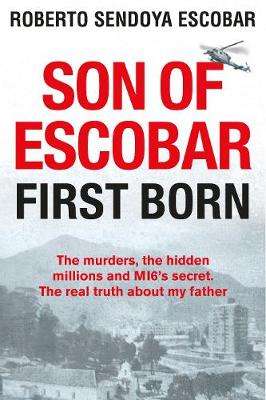 6% off
Kleptopia: How Dirty Money is Conquering the World
Tom Burgis
€16.99