In February 1929, unemployed musicians Joe (Curtis) and Jerry (Lemmon) go on the run after witnessing the St Valentine's Day Massacre.

Pursued by gangsters led by the ruthless Spats Colombo (George Raft), the duo are forced to disguise themselves as women and join Sweet Sue (Joan Shawlee)'s all-girl band on the next train to Florida. 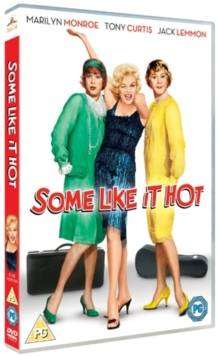 DVD
Some like it Hot DVD also appears in these Categories:

To Kill A Mockingbird DVD
Unknown