When Vicky Phelan delivered an emotionally charged statement from the steps of the Four Courts in April 2018 - having refused to sign a non-disclosure agreement in the settlement of her action against the HSE - she unearthed the medical and political scandal of our times. It would emerge that, like Vicky, 220 other women who were diagnosed with cervical cancer were not informed that a clinical audit -carried out by the national screen programme CervicalCheck - had revised their earlier, negative smear tests. Their cancers could possibly have been preventable. Since then, Vicky has become women's voice for justice on the issue, and her system-changing activism has made her a household name. In her memoir Overcoming, Vicky shares her remarkable personal story, from a life-threatening accident in early adulthood through to motherhood, a battle with depression, her devastating later discovery that her cancer had returned in shocking circumstances - and the ensuing detective-like scrutiny of events that led the charge for her history-making legal action. An inspiring story of rare resilience and power, Overcoming is an account of how one woman can move mountains - even when she is fighting for her own life - and of finding happiness and strength in the toughest of times. 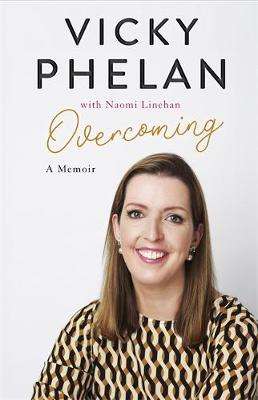 17% offPaperback
Overcoming: A Memoir also appears in these Categories:

My Midsummer Morning: Rediscovering a Life of Adventure
Alastair Humphreys
€12.50

Mob Girl: The Explosive True Story of the Woman Who Took on the Mafia
Teresa Carpenter
€11.25

Desert Solitaire: A Season in the Wilderness
Edward Abbey
€12.50

Life as a Unicorn: A Journey from Shame to Pride and Everything in Between
Amrou Al-Kadhi
€12.50

Chasing The Light: How I Fought My Way into Hollywood - From the 1960s to Platoo
Oliver Stone
€21.25

A Place for Everything
Anna Wilson
€16.25

The Weil Conjectures: On Maths and the Pursuit of the Unknown
Karen Olsson
€12.50