Michael Cashman has lived many lives, all of them remarkable: as a beloved actor of stage and screen; as a campaigner for LGBTQIA equality; as an MEP and spokesperson on human rights; and as a Labour life peer. Born in the post-war East End, young Michael's life is changed when he is spotted in a school play and cast in Lionel Bart's Oliver! and is transported to the glittering West End. Acting on stage and screen into adulthood, he finds his most defining role as Colin in Eastenders, making television history as one half of the first gay kiss ever broadcast on a British soap - while cutting a swathe through the underground gay scene of a lost London. But it is a chance encounter in a Butlins resort that leads Michael to the great love of his life: Paul Cottingham, who would become his partner and husband of 31 years. We then follow Michael's second act, as he founds and chairs Stonewall, fighting tirelessly for civil liberties in the UK and all over the world before entering the world of politics. His adventures and misadventures lead him and Paul as far and wide as tea in LA with David Hockney to flying the rainbow flag above the Albert Hall with Elton John. But Michael's greatest triumphs are seasoned with bitter loss - and he continues his ceaseless fight bearing a profound grief. One of Them contains as many multitudes as its author: glorious nostalgia, wicked showbiz gossip, a stirring history of a civil rights movement, a sorrowfully clear-eyed exposition of Britain's standing in Europe, and an unforgettable love story. Told with warmth, wit and humanity, it is an account of a life lived both left-of-field and firmly embedded in the heart of what all that makes Britain liberal and good. 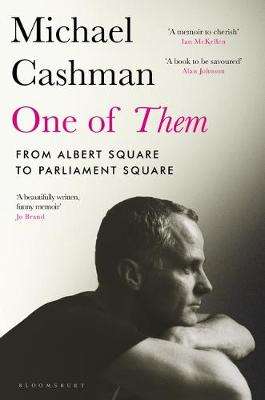 Trade Paperback
One of Them also appears in these Categories: