Anne Enright is one of the brightest lights in contemporary Irish literature. Her novels have received numerous major awards, including the Booker Prize, the Orange Prize, and the Carnegie Medal for Excellence in Fiction, and she frequently appears in the pages of publications such as the New Yorker and the Guardian. In 2015, Enright was named the inaugural Laureate for Irish Fiction by the president of Ireland. No Authoritythe first book in University College Dublin Presss series of the uncollected writings of the Laureates for Irish Fictionturns the spotlight toward Enrights short stories and nonfiction. The pieces in this book explore a range of topicsmany touching on the idea of authority, and who truly possesses itranging from Enrights relationship with Irish literature, how she coped with the loss of her father and the ascent of Trump in the same year, and the groundswell to lift the Irish constitutional ban on abortion in 2018. No Authority reveals the breadth of interest and expertise, as well as the urgent concern for the role of women in contemporary Irish society, that characterizes the work of this literary luminary in any genre. 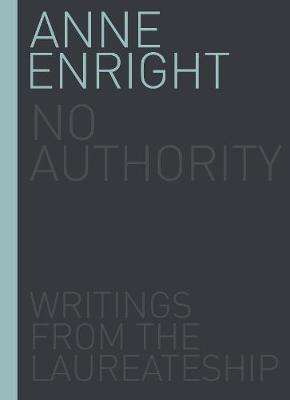 Hardback
No Authority also appears in these Categories:

50 Gems of West Cork: The History & Heritage of the Most Iconic Places
Kieran McCarthy
€18.75