Since first published in 1991 Pocket Jackson's, as it is most often called, has enjoyed enormous success and is constantly rated as a best seller in the Arts & Antiques category. During the last twenty three years important developments have taken place in the Hallmarking system. Most notably the introduction within Europe of a universally accepted system of marking has lead not only to the addition of new marks, but also, to a change of status of several historic marks. This edition brings up to the present day all the date letters and commemorative marks. It also includes the recently introduced marks for Palladium and a section illustrating the Assay Office identification marks of those countries that are signatories to the International Convention marking system. In addition and of importance are the changes made in the early cycles of Dublin date letters which result from recent research by silver scholars in Ireland. 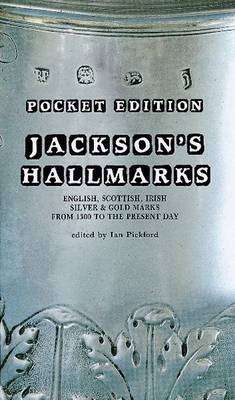 39.5% off
House Plans for Everybody: For Village and Country Residences
Samuel Burrage Reed
€19.99