Thrill of bankrupting an opponent, but it pays to play nice, because fortunes could change with the roll of the dice. Experience the ups and downs by collecting property colours sets to build houses, and maybe even upgrading to a hotel. The more properties each player owns, the more rent can be charged. Chance cards could be worth money, or one might just say go to jail. The Hasbro Gaming and Monopoly names and logos, the distinctive design of the game board, the four corner squares, the Mr. Monopoly name and character, as well as each of the distinctive elements of the board and playing pieces are trademarks of Hasbro. 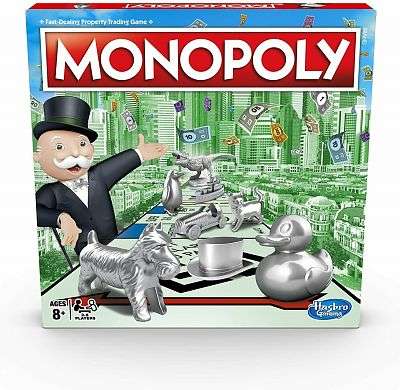