Hallelujah: Memories of a Singing Priest

Fr Ray Kelly, 'the singing priest', became a worldwide internet sensation when a video of him singing Leonard Cohen's 'Hallelujah' at a wedding in 2014 went viral. His wonderful voice captured hearts globally and landed him a record deal with Universal Music. In 2018 he auditioned for 'Britain's Got Talent', singing 'Everybody Hurts' by R.E.M., and he made it to the semi-finals of the show. This is his memoir, describing his fascinating journey from parish priest to fame, and following his experience of sharing his exceptional talent with the world. Charting his childhood in Tyrrellspass, his calling to the seminary and his work as a priest, the book culminates in Fr Kelly being catapulted into the limelight because of his extraordinary talent. 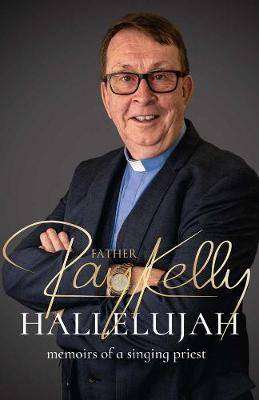 Hardback
Hallelujah: Memories of a Singing Priest also appears in these Categories:

A History of the Bible: The Book and Its Faiths
Dr John Barton
€16.25

11% off
The Sound of the Shuttle: Essays on Cultural Belonging & Protestantism in Northe
Gerald Dawe
€18.95

4% off
In the Closet of the Vatican: Power, Homosexuality, Hypocrisy
Frederic Martel
€17.99

A Fierce Heart: Finding Strength, Courage, and Wisdom in Any Moment
Spring Washam
€14.80