Everyone knows the story of the girl from widow hills...

When Arden Maynor was six years old, she was swept away in a terrifying storm and went missing for days. Against all odds, she was found alive, clinging to a storm drain. Fame followed, and so did fans, creeps and stalkers. As soon as she was old enough, Arden changed her name and left Widow Hills behind.

Twenty years later, Olivia, as she is now known, is plagued by night terrors. She often finds herself out of bed in the middle of the night, sometimes streets away from her home. Then one evening she jolts awake in her yard, with the corpse of a man at her feet.

The girl from Widow Hills is about to become the centre of the story, once again... 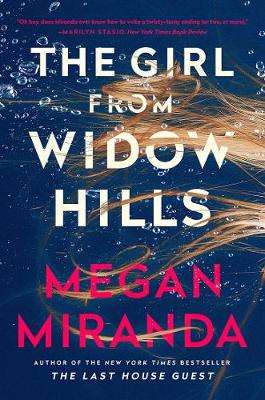 Nothing But Blue Sky
Kathleen MacMahon
€15.65

When She Was Good
Michael Robotham
€17.50

The Nothing Man
Catherine Ryan Howard
€15.99