Crazy About Her Impossible Boss by Ally Blake A man in a million... There's only one problem: he's her boss! Lucinda Starling has lost faith happy-ever-afters. She protects the important things: her young son and her job working for entrepreneur Angus Wolfe. Her boss must never know she's crazy about him! Until one evening when he looks at her like she's the only woman in the world... Second-Chance Sweet Shop by Rochelle Alers Too good to be true... Or true love? Bakery owner Sasha Manning didn't anticipate that the teenager she hired would have a father more delectable than anything in her shop window. Sasha's had her heart broken before. But single dad Dwight Adams seems like the real deal... and might just be her second chance at love. 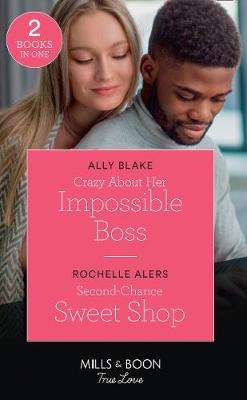