CHILDREN OF THE TROUBLES

"The bullets didn't just travel in distance, they travelled in time. Some of those bullets never stop travelling." Jack Kennedy, father of James Kennedy Nine-year-old Patrick Rooney loved horror movies and Hallowe'en, and wanted to be a priest when he grew up. Instead, on 15th August 1969, he became the first child killed as a result of the 'Troubles' - one of approximately 190 children who would die in the conflict in Northern Ireland. From the teenage striker who scored two goals in a Belfast schools cup final to the aspiring architect who promised to build his mother a house, to the little girl who never got her first taste of peanut butter, Children of the Troubles tells the previously untold story of Northern Ireland's lost children and the lives that might have been. "They took a child off the road, put his hood over his head and murdered him. I think the world should know these things." Maureen Rafferty, mother of Philip Rafferty Based on original interviews with more than 100 families, as well as extensive archive research, this unique book includes many children who have never been publicly acknowledged as victims of the Troubles, and draws a compelling social and cultural picture of the era. Much loved, deeply mourned, and never forgotten, Children of the Troubles is both an acknowledgement of and a tribute to young lives lost. 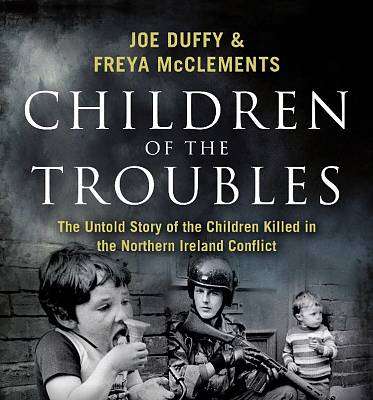 7% offHardback
CHILDREN OF THE TROUBLES also appears in these Categories:

A HISTORY OF IRELAND IN 100 WORDS
Sharon Arbuthnot