Brave and the Bold: Batman and Wonder Woman

The Dark Knight teams with the Amazon Warrior in this epic graphic novel written and illustrated by best-selling artist Liam Sharp.

When a Celtic god's murder leads to a war between the fairy folk and a possible breach between worlds, Wonder Woman must find the murderer and keep the peace while Batman investigates strange occurrences in Gotham City. As Diana must turn to the World's Greatest Detective for help, the two heroes quickly learn their cases may be connected.

In a world where the normal rules of investigation don't apply and any clue can be obscured by charms and magic, the two Justice Leaguers must rely on each other to uncover a murder someone is trying to hide. 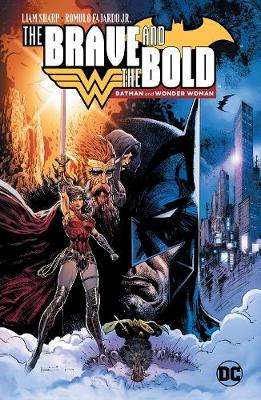 Hardback
Brave and the Bold: Batman and Wonder Woman also appears in these Categories:

The House of Whispers Volume 2: The Sandman Universe
Nalo Hopkinson
€16.25

Batman Tales: Once Upon a Crime
Derek Fridolfs
€9.85