BrainBox First Letters is designed to give pre-school children a head start. Each sturdy double-sided card shows three coloured images on one side with their initial letters and just the images on the other. As well as the game shown, the cards can also be used by children to talk about the images on the cards, or even tell a story that includes one or more of the images. 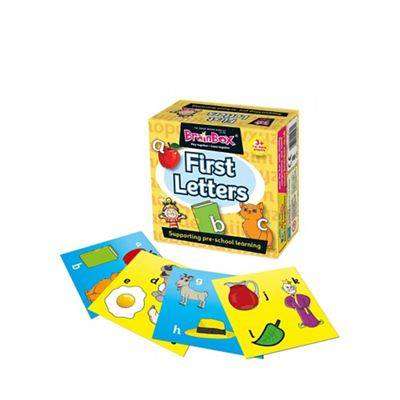