BIRTH OF THE BORDER: THE IMPACT OF PARTITION IN IRELAND

The 1921 partition of Ireland had huge ramifications for almost all aspects of Irish life and was directly responsible for hundreds of deaths and injuries, with thousands displaced from their homes and many more forced from their jobs. Two new justice systems were created; the effects on the major religions were profound, with both jurisdictions adopting wholly different approaches; and major disruptions were caused in crossing the border, with invasive checks and stops becoming the norm. And yet, many bodies remained administered on an all-Ireland basis. The major religions remained all-Ireland bodies. Most trade unions maintained a 32-county presence, as did most sports, trade bodies, charities and other voluntary groups but, politically, the new jurisdictions moved further and further apart, while socially and culturally there were differences as well as links between north and south that remain to this day. Very little has been written on the actual effects of partition, the-day-to-day implications, and the complex ways that society, north and south, was truly and meaningfully affected. Birth of the Border: The Impact of Partition in Ireland is the most comprehensive account to date on the far-reaching and effects of the partitioning of Ireland and its impact.

Temporarily Out of Stock. 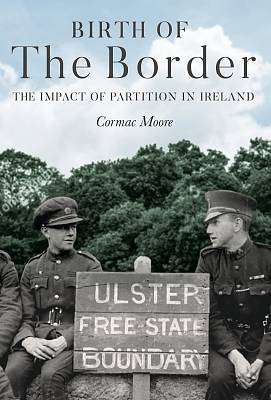 Paperback
BIRTH OF THE BORDER: THE IMPACT OF PARTITION IN IRELAND also appears in these Categories: