A classic Golden Age detective novel set at the heart of Westminster, when the murder of the Chancellor of the Exchequer threatens to topple the whole House of Cards... Many highly dramatic and historic scenes have been enacted below the clock of Big Ben, but none more sensational than on that April afternoon when, before the eyes of a chamber crowded to capacity for the Budget Speech, the Chancellor fell headlong to the floor with a resounding crash. For the first time a murder had been committed in the House of Commons itself - and Amos Petrie faced the toughest case of his career. In Below the Clock, John Victor Turner - a journalist who as David Hume had become known as `the new Edgar Wallace' for creating Britain's first hardboiled detective series - returned to classic Golden Age writing with an ingenious whodunit set at the heart of the establishment, a novel that did the unthinkable by turning Parliament into a crime scene and all its Members into murder suspects. This Detective Club classic is introduced by David Brawn, who looks at the distinguished crime-writing career of J. V. Turner and his alter egos Nicholas Brady and David Hume, who achieved remarkable success with nearly 50 books in only 14 years. 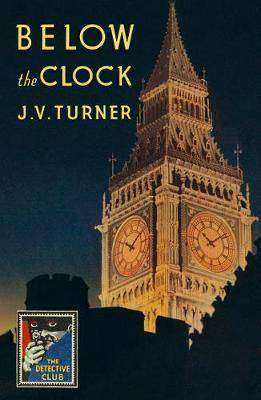 59.5% offHardback
BELOW THE CLOCK (DETECTIVE CLUB CRIME CLASSICS) also appears in these Categories:

In the Crypt with a Candlestick
Daisy Waugh
€21.25