Dive further into the darker side of Gotham City with this collection of tales about Batman villain, Black Mask in Batman Arkham: Black Mask! The most sadistic and ruthless crime boss in Gotham!

One of the Dark Knight's most terrifying enemies, Black Mask has an affinity for slow executions and methodical torture. In and out of Arkham for years, he is as cruel as he is criminal. Roman Sionis inherited his parents' multimillion-dollar business only to lead the company into financial disaster. Forced to resign, Roman watched as Wayne Enterprises took control of his inheritance. Driven by revenge, Roman carved a black mask from his father's ebony coffin and turned to a life of crime!

After organizing the murders of several Wayne employees, Black Mask found himself trapped by Batman during a raging fire in the Sionis family home. Unable to escape the flames or his pursuer, he was badly burnt and the mask seared onto his skull. Ripping the mask free, Black Mask now wears his scars proudly, believing them signs of his strength and determination to survive. 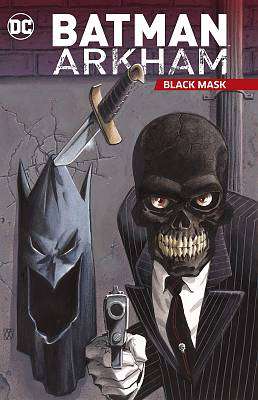 The House of Whispers Volume 2: The Sandman Universe
Nalo Hopkinson
€16.25

Batman Tales: Once Upon a Crime
Derek Fridolfs
€9.85