In architectural terms, the twentieth century can be largely summed up with two names: Frank Lloyd Wright and Philip Johnson. Wright (18671959) began it with his romantic prairie style; Johnson (19062005) brought down the curtain with his spare postmodernist experiments. Between them, they built some of the most admired and discussed buildings in American history.

Differing radically in their views on architecture, Wright and Johnson shared a restless creativity, enormous charisma, and an outspokenness that made each man irresistible to the media. Often publicly at odds, they were the twentieth century's flint and steel; their repeated encounters consistently set off sparks. Yet as acclaimed historian Hugh Howard shows, their rivalry was also a fruitful artistic conversation, one that yielded new directions for both men. It was not despite but rather because of their contentious--and not always admiring--relationship that they were able so powerfully to influence history.

In Architecture's Odd Couple, Howard deftly traces the historical threads connecting the two men and offers readers a distinct perspective on the era they so enlivened with their designs. Featuring many of the structures that defined modern space--from Fallingwater to the Guggenheim, from the Glass House to the Seagram Building--this book presents an arresting portrait of modern architecture's odd couple and how they shaped the American landscape by shaping each other. 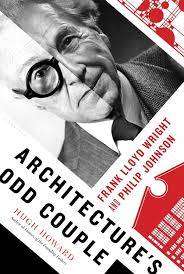 2.5% off
NOTRE-DAME: A SHORT HISTORY OF THE MEANING OF CATHEDRALS
Ken Follett
€12.05

Nomad: Designing a Home for Escape and Adventure
Emma Reddington
€28.75

For the Love of White: The White & Neutral Home
Company, Chrissie Rucker & The White
€37.50