Apollo 11: The Inside Story

In celebration of the 50th anniversary of the Apollo 11 moon landing, David Whitehouse brings you the inside story of the astronauts, NASA engineers and political rivals that brought an end to the Space Race. Fifty years ago in July 1969, Apollo 11 became the first manned mission to land on the moon, and Neil Armstrong the first man to step onto its surface. US President Nixon called it the greatest week since creation. In the most authoritative book ever written about Apollo, David Whitehouse reveals the true drama behind the mission, telling the story in the words of those who took part - based around exclusive interviews with the key players. This enthralling book takes us from the early rocket pioneers to the shock America received from the Soviets' launch of the first satellite, Sputnik; from the race to put the first person into space, through President Kennedy's enthusiasm and later doubts, to the astronauts' intense competition to leave the first footprint. In celebration of the 50th Anniversary of the moon landing, here is the story as told by the crew of Apollo 11 and the many other astronauts who paved the way or followed themselves after the first man to walk on the moon, Neil Armstrong, alongside Buzz Aldrin and Michael Collins. Astronauts, engineers, politicians, NASA officials, Soviet rivals - all tell their own story of a great moment of human achievement. 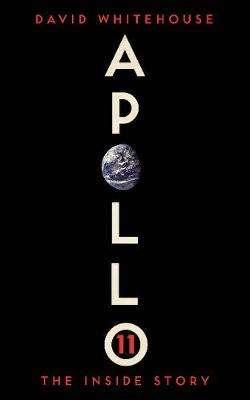 3.5% offPaperback
Apollo 11: The Inside Story also appears in these Categories:

When the Earth Had Two Moons
Erik Asphaug
€27.15

3.5% off
LETTERS FROM AN ASTROPHYSICIST
Neil deGrasse Tyson
€15.45